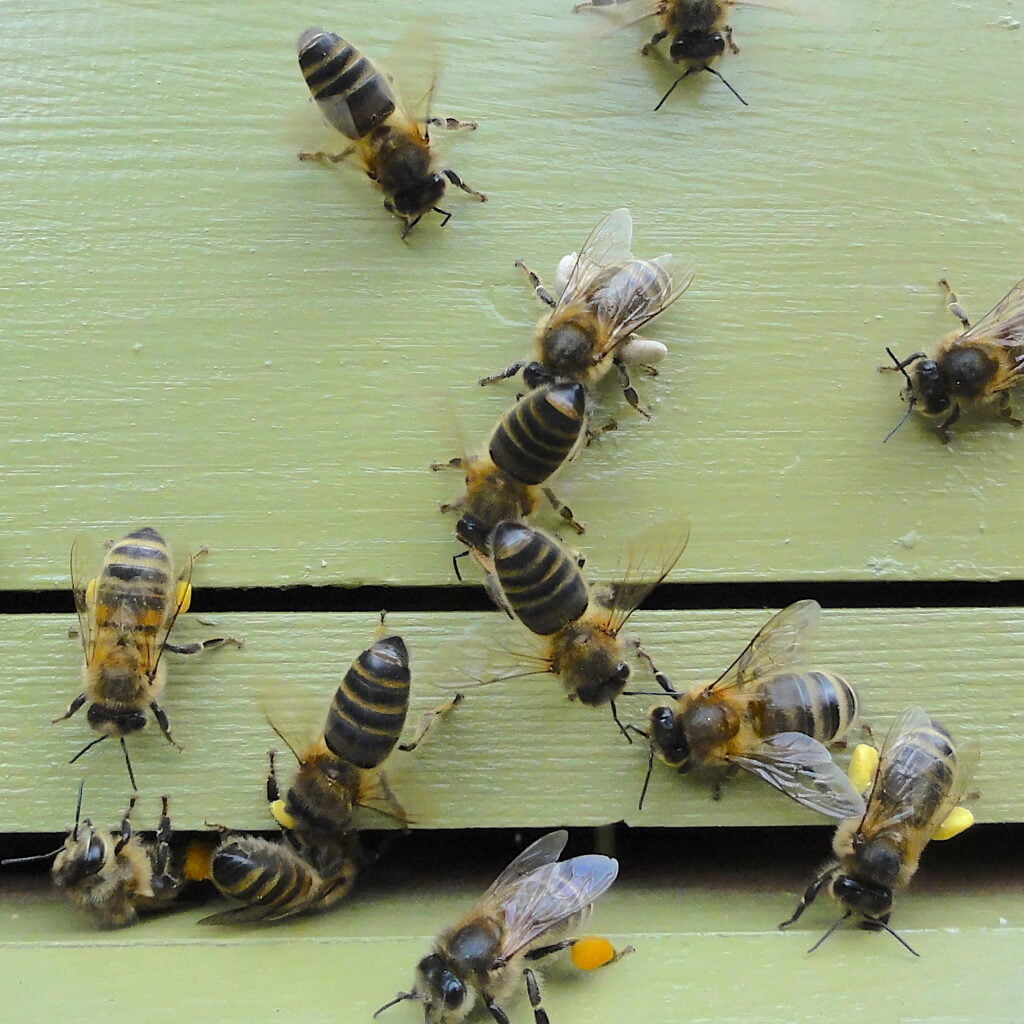 1. Not all swarms are collectable.

The following swarms can’t be collected:-

2. For swarms in the Wantage area, your first point of contact is the Vale and Downland Beekeepers Association.

3. For elsewhere in the UK try the BBKA.

When Is A Shed Not A Shed?

I was asked to help out with a swarm which had made its home in a shed. There was one fact which the householder forget to tell me; it wasn’t a built as a shed.

The so called ‘shed’ was constructed by a jockey (the previous owner) who needed to take saunas to meet weight requirements for race day. He built a sauna which was lagged with one-foot thick insulation.

Any attempt to take the bees resulted in them going deeper into the insulation. For all I know, the bees are still there.

Back in the day, Councils were into promoting composting as a way to reduce waste. So much so they gave plastic compost bins to anyone who wanted one.

Alas, for many people the novelty of turning waste into soil soon wore off, and they forgot about their plastic bin.

In this example, the lady had forgot about her composter for at least several months. What a surprise it was for her when she went to dispose of some green matter!

Honeybees had found a nice dry home, and I would guess there must have been 50,000 bees inside.

I was sent by the Beekeepers Association to help remove this colony. Indeed, it was not the first composter I’d been called to that year.

Ironically, I have seen many plastic compost bins end up at the municipal tip or offered to a good home on Freecyle. So much for the Council reducing waste!

The warmer months are a great time for repair and maintenance of beekeeping equipment. Empty hives are left in the garden for their anticipated use later in the season.

However, unbeknown to this beekeeper, scout bees had taken a shine to an empty hive in the garden, and news of this promising home got back to a swarm.

Out of the blue, bees descended from the sky, and moved into their new residence.

This was pure serendipity; I was one colony up and a call to the ‘swarm-catcher’ had been avoided.

As you can see by the photo, I couldn’t refuse a photo opportunity of the swarm!