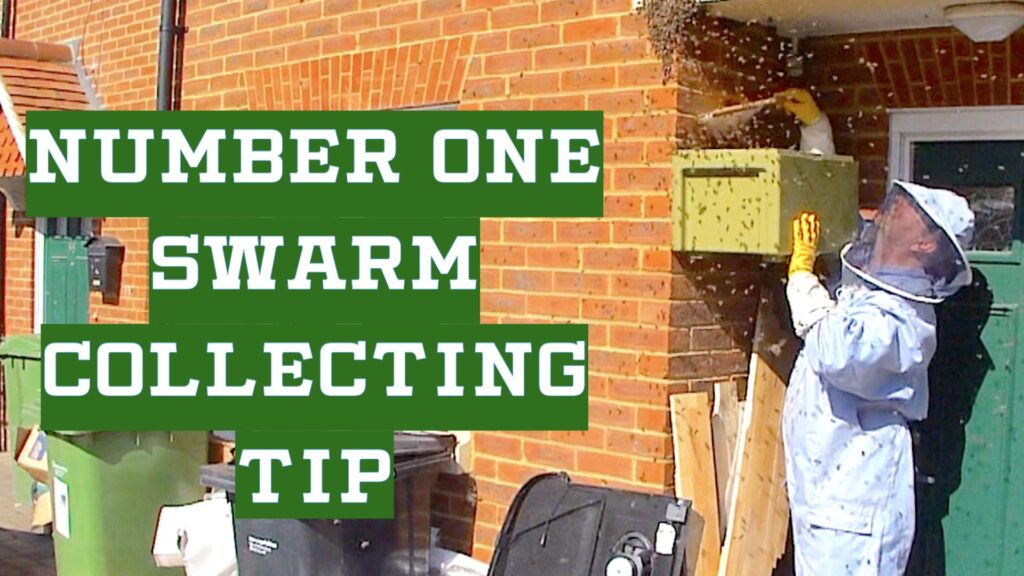 I have been swarm collecting for over ten years, and in that time I have had many successes and my failures.

take the swarm and the thing it’s on.

It seems that whatever the swarm is or has been attached to, the bees will be determined to stick or return to it. I believe the queen’s pheromones play a big factor in this.

In the example shown in the video, the swarm was in a bush, so with the aid of a pair of secateurs, the swarm and branches were removed to the nucleus hive. Getting the bees off each small branch can be tedious but it is necessary.

They are better off receiving comb or foundation from the get go, so they put their resources into building out the removable frames.

But some situations dictate that you can’t take the swarm and what it’s on. A brick wall or tall trees come to mind, nonetheless, in these scenarios, the swarm frequently absconds or you find later the colony is queenless.

One thing to note, remove the nucleus hive once the sun has set, otherwise you will receive a phone call the next morning saying the swarm is still there. Albeit there would be a ball of foraging bees returning to the swarm site, wondering where the others have gone.

Some beekepers prefer not to feed a swarm for a few days, however the sooner you give them syrup or fondant, the smaller the chance that they remain hived.

At sunset, remove the box to the apiary, and perhaps put them in a bigger hive.